Download Tango and use its largest GIF database ever!

Download Tango and use its largest GIF database ever!

Tango with the largest GIF database ever! Tango, The popular Indian messaging platform once known as a great alternative for Skype, has faced a not so little slump lately and now is hoping that its most recent GIF keyboard will be able to dig the app out of this fall as GIFs are proven to increase user engagement in mobile apps.

The Tango owner company has started a new partnership with Gyfact, a platform that has the world’s largest database of user-generated GIFs, allowing it to add a GIF keyboard to the messaging and video app, Tango, opening the door to its 50 million users to be able to pick and share moving images from the widest GIF selection out there just by tapping on a button.

Since GIFs are taking over the chatting world as a visual language and they are continuing to spread, Gyfact has launched its SDK (Software Development Kit) that enables mobile developers to include a customized GIF keyboard to their mobile apps, and it would take a developer only a few hours to have it up and running.

Tango has reached its peak back in 2014 when it achieved user base of 70 million active users. The messaging platform got so very popular that the ecommerce giant, Alibaba, invested in it. But things went down since then for the company. Hopefully this new engaging feature will help getting the app back on social media competition track. 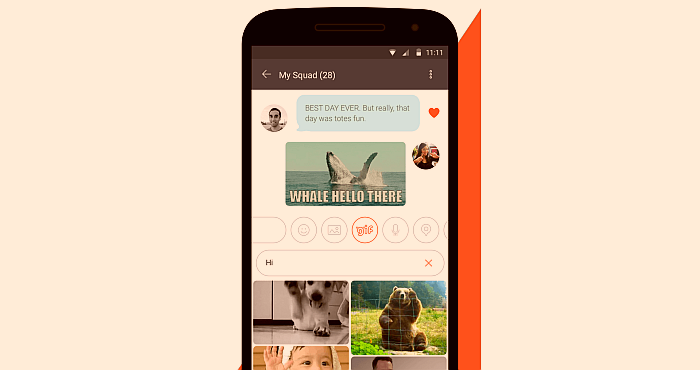 Posted in News Tagged with: GIF